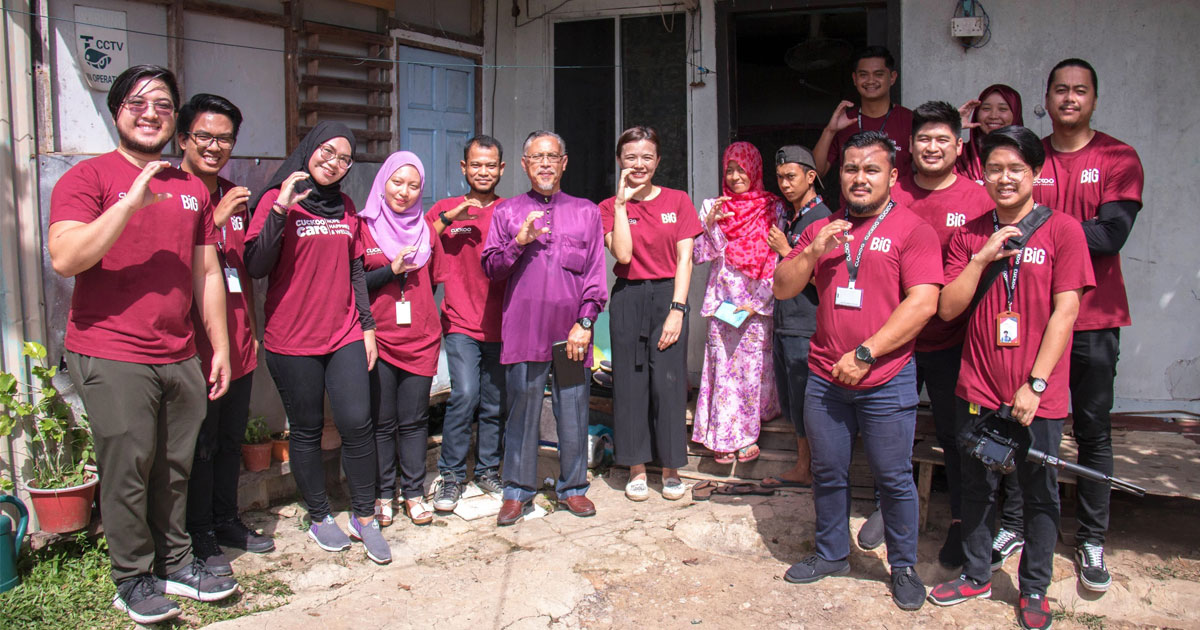 Cuckoo International (B) Sdn Bhd handed over a donation of items to an underprivileged family in Kg Pancha Delima, Berakas on May 24.

The donation of household necessities is hoped to help lessen the burden of the family of five during the holy month of Ramadhan and in preparation of Hari Raya celebrations, at the same time, to provide a channel for the donors to perform good deeds during Ramadhan.

“Cuckoo, through its Cuckoo Care Foundation, is committed to assist those in need and we hope that this donation will greatly help the family throughout Ramadhan and Hari Raya,” the Managing Director of Cuckoo International Brunei Wong Kim Guan said.

The items were collected within the company where its senior management and staff collectively donated items which includes clothes, rice, eggs, canned food and more.

During the donation at the family’s home, the Marketing Director of Cuckoo International Brunei Wong Hui Ting presented the donated items to the family’s representative, Ernawati Md Said, who is a mother of four children.

Cuckoo Care also donated bags of food to over a dozen orphans in Kg Pulaie in the hopes of lessening the burden of them throughout the Ramadhan period.

Other than donating items of household necessities to underprivileged families, the Cuckoo Care Foundation also aims to provide communities in Brunei with access to clean and healthy water with safe natural minerals, also known as the “Share the Drops of Joy” initiative.